Cost of tiles in an area around it; the intensity and area of the effect are based on the pillar's Arcana level. Paved Roads, however, are not affected by the Pillar of Speed, and will remain at whatever their Movement

Cost is, which can lead to the strange situation of paved roads costing more Movement to traverse than the terrain around them if a Pillar of Speed with an Arcana level of 2 or higher has been placed near a road and Endless Mechanisms has not yet been researched.

Note: In ELCP Pillar of Speed only lasts 2 turns

but cost got reduced by 70%, because in most situations a short duration cheaper speed boost is preferable.

Upon obtaining the Cold Engineering technology by completing Chapter 5, Part 1 of the Ardent Mages faction quest, the Pillar of Speed will decrease Movement

Cost on tiles within its range by an additional 50% during winter, but will not decrease movement speed by more than 75%, thus making this effect largely pointless after the first Arcana level. 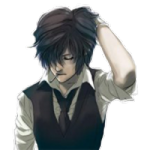